If Leicester win the league, it will be a victory for hackers and tinkerers everywhere

As you will no doubt have heard - even if you’re not a football fan - Leicester City are now only a few games away from probably the most unlikely football league title win ever. As a Tottenham Hotspur fan, I’m still clinging onto some hope that Spurs can catch them. If we can’t though, I won’t feel too bad losing out to Leicester. After all, a victory for them would be a victory for us hackers and tinkerers everywhere...

At pebble {code}, we’re proud of our hacker mindset. Of course, I don’t mean “hacker” in the criminal sense, but in the original sense: someone who experiments, digs into the inner workings of things and tries things out out...

“A hacker, in the classic sense of the term, is someone with a strong interest in how things work, who likes to tinker and create and modify things”

Our ethos appears to align with that of Leicester’s manager, Claudio Ranieri. Not long ago, he was derided as “the Tinkerman”, for constantly changing his formations and line-ups. But no one is laughing at him anymore.

I do not think we should be surprised by his success, since tinkering with systems is a powerful way to learn more deeply about them. It’s the same with technology; the best way to learn is to try things out, dig into things and test out alternatives.

A good hacker, or tinkerer:

These are just the kind of traits we are looking for in our recruitment process. That’s why the code challenge we set our candidates doesn’t have a right answer - it’s much more important for candidates to demonstrate their thought process.

In Leicester’s case, I have no doubt that these traits also helped Ranieri to learn deeply about football. By testing out different formations and players, he will have digested a great deal about how a team can play most effectively against different opponents. Although Ranieri hasn’t tinkered much with his line-up this season, his previous experience of doing so will have served him very well.

As the FT point out, it’s not just the manager though. The mindset of the entire club is to be curious and to think scientifically:

“Even before Leicester broke into the Premier League two seasons ago, the club was curious about the potential of sports science to eke out marginal gains in performance. Players had match data logged on their tablets… Attention to detail in physical conditioning equalled anything at the upper end of the sport.”

That’s probably why the club saw Ranieri as a good fit for them in the first place.

Not only does tinkering help us to learn, it also helps us to adapt. I believe that Leicester's adaptivity is one of the most important reasons for their incredible season.

Some teams play pretty much the same way every game. They will soon be figured out and counteracted successfully by other teams.

Other teams adapt themselves mid-match, such as when they go a goal up. In Leicester’s last game, they successfully adapted from enjoying 53% possession in the first half, to only 40% in the second half.

Leicester don’t just change their approach at half time though. Every time they gain or lose the ball, they adapt between hell-for-leather attacking and hell-for-leather defending. That’s why they are so strong defensively and so successful on the counter-attack.

Innovation is also all about adapting to a changing environment. That’s why the Lean Startup movement places such importance on a scientific approach to learning:

“Once entrepreneurs embrace validated learning, the development process can shrink substantially. When you focus on figuring out the right thing to build - the thing customers want and will pay for - you need not spend months waiting for a product beta launch to change the company's direction. Instead, entrepreneurs can adapt their plans incrementally, inch by inch, minute by minute.”

Like Ranieri, we must keep tinkering. We must stay curious, keep learning and keep adapting. If we can do that, we can be at the top of our game too. 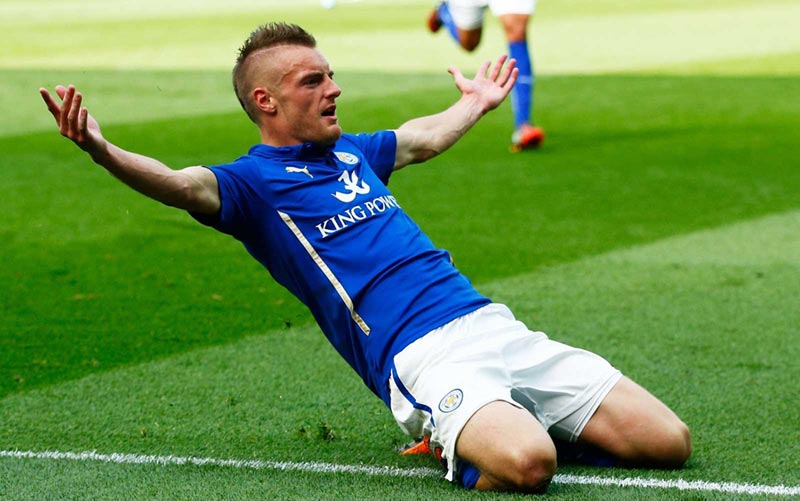