How Immersive Computing Can Help Solve Our Big Data Explosion 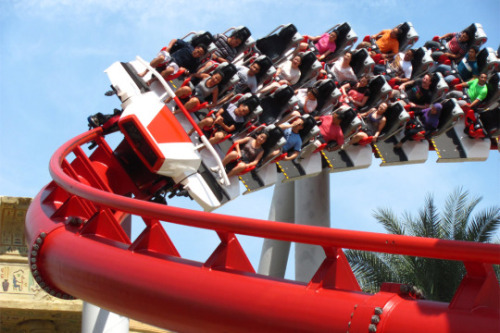 Modern computing and the Internet are causing a data explosion; how can we process it all? That’s the question at the heart of the ‘Big Data’ theme; a concept especially familiar for the FinTech world, with its dependence on numbers, trends and forecasts. However, most discussions about this seem to miss a vital element: us humans.

Yes, we can throw more computing power at the problem. We can use better databases and smarter systems; computers can crunch the numbers for us and spit out the results. We can even use Artificial Intelligence and have computers suggest decisions for us. But what about us humans? How can we keep up, without losing our understanding of the world around us?

For centuries, since the earliest graphs were drawn, we have recognised that we understand data best when it’s conveyed graphically. In the last couple of decades, the world of dataviz has really exploded. Now there’s practically a dashboard wherever you look. Yet just throwing more graphs and charts at the problem isn’t going to fix the information overload. We need to find even smarter ways to convey complex datasets. Perhaps ways such as Augmented Reality and Virtual Reality...

Through Augmented Reality - with upcoming devices such as Microsoft’s HoloLens and DAQRI’s industrial smart helmet - we can enhance the real world with appropriate information and insights automatically, at just the right moment. In other words, we’ll be given ‘superpowers’ to help us better understand the complex world around us.

Meanwhile, Virtual Reality may be largely seen as an entertainment medium, but it has the potential to transform complex, abstract content into vivid, immersive and easily consumable experiences. Virtual worlds can make the best use of - as neuroscientist Beau Cronin describes it:

“The quotidian spatiotemporal genius of the human brain”

In other words, there’s nothing more natural for us humans than inhabiting a 4-Dimensional world. In this way, VR could turn out to be a brilliant medium for data visualisation, helping us to interpret large amounts of data more intuitively and efficiently.

It’s early days, but companies are already starting to explore this space. Last year, an investment bank launched a VR app, StockCity, for customers to explore their investment portfolio. Stocks are represented by buildings; their widths indicate the number of shares and their heights indicate the stock price. Bloggers have already speculated about future features such as flocks of birds to represent social media mentions and road traffic to indicate trading volume!

Emotional engagement is a driver for this too. Earlier this year the Wall Street Journal transformed the highs and lows of the Nasdaq into a virtual roller coaster ride. In doing so, they turned a set of raw numbers into an experience that people could feel. They described the public reaction: “We were getting tweets like ‘I would never read an annotated timeline of the Nasdaq but this brings it to life for me’”.

These will surely be just the first of many AR and VR examples, attempting to make data more user-centred, intuitive and engaging. Let’s hope that if we keep progressing, we can solve Big Data for humans.