The Future of the Web and What It Means for Education

What will the future have in store for the Web? Hundreds came together in London a couple of weeks ago in the hope of finding out, at the aptly titled Future of Web Apps conference. The talks were aimed at web developers, but the topics will end up affecting everyone. So what were the major themes? And what does it mean for education?

Theme 1: More Powers for the Web

Those that create mobile applications will be familiar with a long-standing “Native versus Web” mobile app debate. Native apps are those that are developed for individual platforms, such as Apple’s iOS or Google’s Android, and are generally downloaded via app stores. Web apps can be accessed with a web browser just by typing a URL, selecting a link, or tapping on its icon if you’ve bookmarked it.

Web apps are great because they have all the benefits of the World Wide Web: being open and non-proprietary, universally linkable and able to work on all kinds of devices. But users tend to prefer native apps. The opening speaker, Bruce Lawson from Opera, referenced a number of examples and data that reveal users spend significantly more time inside native apps than web apps. Why is that?

The biggest reason is probably because web apps don’t currently work well offline. The FT’s web app is a great exception to this general rule, but it’s rare to see offline web apps because it’s currently very tricky to do and there are lots of limitations.

Those who make our web browsers are working hard to change that. By the end of this year, developers will be able to start using a new feature called Service Workers which will give web apps lots of new powers to work offline (and more). Websites will be able to be offline by default, and - like native apps - update if and when there is a connection. It should also allow websites to fetch updates in the background and notify you when something important happens (with your permission).

Imagine students and teachers being able to continue interacting with their school’s Learning Management System on their mobile phone, when they no longer have a signal (for example, on an underground train). These capabilities should be good for all of us, but it’s especially good news for parts of the world where Internet connectivity is sparse. As Bruce Lawson reminded us, “most of the world doesn’t have connectivity”.

Another advantage you may have noticed for native apps is that they often feel smoother as you scroll up and down or swipe around; they tend to have snappier animations and transitions. Again, this is an area that the web is trying hard to catch up on. Bruce informed us that for Blink - the engine behind the Opera and Google Chrome browsers - all of the priority for 2014 has been performance on mobile. Opera are especially focusing on less-powered phones, because “not everyone has the latest shiny iPhone”. This work should help us to deliver better mobile web experiences to learners around the world.

The web is also becoming a platform for high-end gaming and immersive, interactive experiences. Using a technology called WebGL, web apps can now provide near console-quality graphics. Up until now WebGL has largely been the preserve of desktop demos, but support has just arrived on iPhones and iPads with iOS 8, so we should see it start to take off more on mobile now too.

If you would like to get a sense of what is possible, there is a large set of WebGL demos here: http://www.chromeexperiments.com/tag/webgl/. (Technically the site is for Chrome demos, but most of them should work in various other browsers too. That’s the beauty of open standards!).

If your mobile phone supports WebGL (you can test this by visiting get.webgl.org), then look out for the mobile symbols indicating those that should be mobile-friendly. A demo that I particularly like is Racer S. 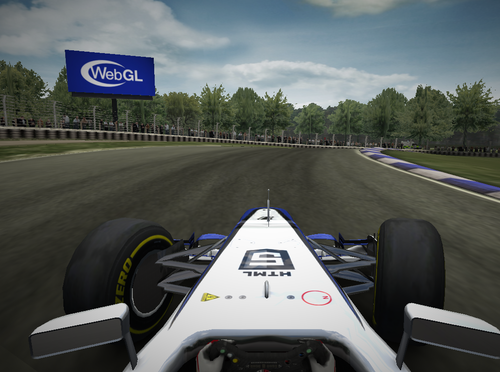 We can also expect the web to make better use of audio in the future; the topic of Web Audio

If you’d like to test it out, here’s a demo that you can try in Chrome on the desktop: http://www.jamwithchrome.com/

Overall, these features should provide the Web with more of the capabilities that users have come to expect from native apps. Bruce termed this “Web+”. The best of the Web, plus the best of Native? It should be a powerful combination…

The future of the Web should also see a continuation of the rise of APIs. APIs are services that developers can use to help them build their software. They might provide data, content, or functionalities that save time and effort. For organisations that provide them, APIs can make their services available to new audiences, and allow innovative new uses that they might never have imagined.

With APIs becoming ever more ubiquitous, Ian Plosker said in his talk that “Web 3.0 is about APIs. If software is eating the world, APIs are eating software”.

In the world of education, this should lead to learning services that are better integrated, more connected, and more open to innovation.

Another common theme was that we’re all responsible for defining the future of the Web. It won’t simply be dictated to us by those who make web browsers. The Web is based on open standards that we can all contribute to.

However, in the past, browsers have sometimes provided features that were too “magical”; they didn’t allow web developers enough control and they ended up being limiting and frustrating. (The best example of this is the previous attempt at solving the offline problem for the Web: AppCache).

We heard that there’s a new approach called the Extensible Web. Browsers will concentrate on providing comprehensive foundations, which developers can build things on top of. Once developers start settling on approaches that make the best use of those foundations, some of these additions may also be standardised and built into the browsers themselves.

In practice, this should help the capabilities of the Web to advance more quickly and more smoothly. This should be great for developers and pay dividends for users of the Web too.

The future of the Web? It’s bright 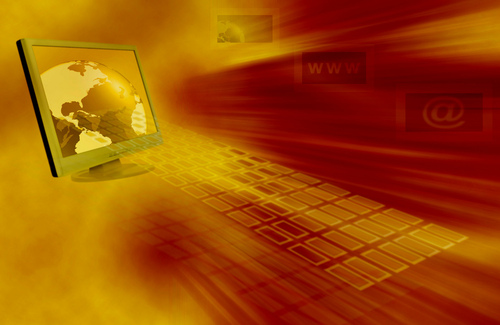 In the near future, watch out for websites that retain all the great benefits of the World Wide Web, but also have more of the things we love about native apps; for example, offline capabilities and console-quality graphics. We can expect better quality, more mobile-friendly education websites, and learning services that are more connected and more flexible through the use of APIs.

And since the Web is open and extensible, we can all have our own say in its future too.